On Sunday, January 19, 2014 @ 10:51 PM EST, our life sustaining Sun entered the constellation of Aquarius.   I started to reflect on what this should mean for me.  An easy way to understand the energies of Aquarius is to look at the lives of some super Aquarius people! 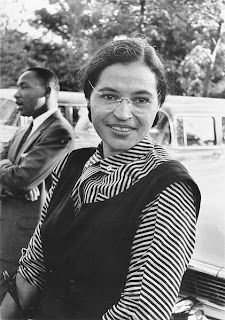 Rosa Parks started off her cival rights activism by refusing the orders of the bus driver to give up her seat on the bus to a white person.  She just plain got  tired of giving into the racial segregation. The Mongomery Bus Boycott was a pretty big deal in starting the end of the absurd "color coding" of the human race!
"I have learned over the years that when one's mind is made up, this diminishes fear; knowing what must be done does away with fear. "
-Rosa Parks 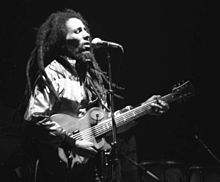 Bob Marley was born to a white father, raised by his black mother and lived in a very slummy village called  Trenchtown in Jamaica where he was subjected to so much hatred for being biracial and living in poverty.
With his music he spread the awareness of social inequality and encouraged people to stand up for their rights.  It was a slow start for people to start to accept him, but progressively and quickly he became an international star.  The messages within his songs resulted in him becoming a huge political influence that made him a threat to the controlling powers in the government.  Bob Marley was threatened, shot at, wounded, but there was no force stopping this rebel!
It's said that music moves the soul.  His music moved millions of souls to take a good look at the walls separating each other and to take action in bringing them down!

“Emancipate yourselves from mental slavery.
None but ourselves can free our minds.”
-Bob Marley 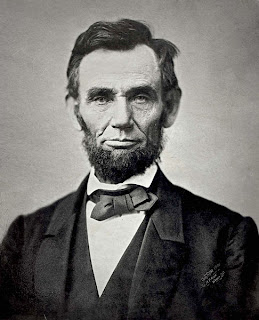 This guy worked himself up into a position to end the legalization of slavery in the United States of America.  With a huge aversion to the grotesqueness of slavery and with a lucid consciousness for the truth of freedom to be expressed through all human beings, he made sure to put a stop to the human enslavement even if it meant creating enough enemies that would plan to and eventually kill him.


"Any people anywhere, being inclined and having the power, have the right to rise up, and shake off the existing government, and form a new one that suits them better. This is a most valuable - a most sacred right - a right, which we hope and believe, is to liberate the world." -Abraham Lincoln 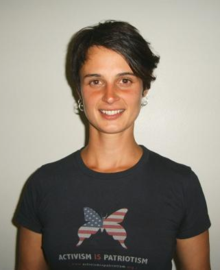 To be a revolutionary, to makes some changes and create some awareness in this world, you have to do "crazy" things, like think outside of the box, step away from the hideous "norm', and....live in a tree!  That's what Julia had to do. http://en.wikipedia.org/wiki/Julia_Butterfly_Hill
"All life is created in love, and thus in the depths of every human being lies a good heart. Some have lost their path from this love, so it up to us to show them the way." -Butterfly


These are just several people who expressed their sun signs avidly!


Posted by thebrightages at 6:00 PM No comments:

Where the Planets are At Now!

Great Sites to Check Out